“Democratization in the USA? The Impact of Antebellum Suffrage Qualifications on Politics and Policy,” David Bateman, Cornell 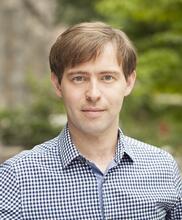 Abstract: Did the first wave of democratization in America—the removal of property and taxpaying qualifications for free adult men—produce consequential changes in representation and policy? This paper leverages unique features of electoral institutions in particular states to empirically identify the impact of reform on enfranchisement rates, turnout, patterns of representation, and policy outcomes. I draw extensively on a uniquely comprehensive dataset of suffrage qualifications—corrected for common miscodings—and on both newly collected as well as currently underused data on state electoral results and legislative behavior, supplemented with more familiar data on federal politics. I find that there was a sizeable body of adult free men disenfranchised by restrictive property qualifications, the abolition of which had a significant but modest effect on turnout. The impact on patterns of representation and policy outcomes, however, was even more modest, and the null hypothesis cannot be confidently rejected for the entire US. I provide evidence that this attenuation of an effect in representation and policy outcomes was the result of a high degree of preference similarity between free adult men disenfranchised and enfranchised by restrictive qualifications.

David Bateman is an associate professor in the department of Government at Cornell University, specializing in American political institutions, political development, and voting rights. He is the author of Disenfranchising Democracy: Constructing a Mass Electorate in the United States, the United Kingdom, and France, winner of the J. David Greenstone prize for best book in Politics & History in 2019, and coauthor of Southern Nation: White Supremacy and Congress after Reconstruction, winner of the V. O. Key Prize for the best book on southern politics in 2020. He has published widely in top disciplinary journals, including the American Journal of Political Science, Public Choice, Perspectives on Politics, and Studies in American Political Development. He is currently beginning research on African American political organizing during the late 19th and early 20th centuries as well as other projects.

This virtual workshop is open to the Yale community. To receive Zoom information, you must subscribe to the American Politics & Public Policy Workshop at this link: https://csap.yale.edu/american-politics-public-policy-workshop.