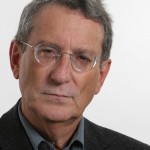 In 2009, Greenberg published Dispatches from the War Room: In the Trenches with Five Extraordinary Leaders – leading George Stephanopoulos to conclude, “No single strategist has done more to lay the foundation for modern progressive politics – across the globe.”

He also wrote The Two Americas: Our Current Political Deadlock and How to Break It and Middle Class Dreams that put the spotlight on “Reagan Democrats.”  Those insights made him the principal polling advisor to the Democratic Leadership Council during the formative years of change (1988-1994) for the Democratic Party.

Greenberg’s corporate clients include Boeing and Microsoft. He conducts bi-partisan polls for National Public Radio and The LA Times.

Greenberg is co-founder with James Carville of Democracy Corps, the leading organization providing in-depth research and strategic advice to progressive groups, candidates and leaders.  When Karl Rove listed in the Wall Street Journal 10 steps to regain the Republican majority, step one was to create a Democracy Corps.

Greenberg has conducted polls for the Israel Project in the US, Europe and the Arab world, as well as the Nobel-prize winning campaign to ban land mines and the International Committee of the Red Cross’ project to consult with people in the world’s principal war zones.  He advised theClimateCenterof the Natural Resources Defense Council and the Athens Organizing for the 2004 Olympics.

In 2010, Greenberg was inducted into the American Association of Political Consultants’ ‘Hall of Fame.’  He has been described as “the father of modern polling techniques,” ”the De Niro of all political consultants,” and ”an unrivaled international ‘guru’.” Esquire Magazine named him one of the most important people of the 21st century.  The New York Times writes that Greenberg “acts as a sort of people’s truth squad,” while The New Republic describes Stan Greenberg’s list of clients as a “who’s who in center-left world leaders.” The New Yorker reported Ehud Barak’s victory in 1999 as either a “stunning upset for the country’s Labor Party or… just another Greenberg client taking his place as the head of state.”

Republican pollster Frank Luntz says “Stan Greenberg scares the hell out of me. He doesn’t just have a finger on the people’s pulse; he’s got an IV injected into it. He’s the best.”

Greenberg began his work as a pollster in the 1980s and early 1990s conducting surveys for US Senators Chris Dodd and Joe Lieberman; Vice President Walter Mondale; and for the congressional campaigns of Bob Carr, David Bonior, and Rosa DeLauro.