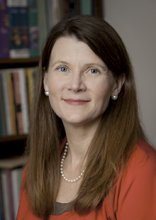 Anne Alstott is the Jacquin D. Bierman Professor in Taxation at Yale Law School. An expert in taxation and social policy, she was named a professor at Yale Law School in 1997 and originally named the Jacquin D. Bierman Professor of Taxation in 2004. She served as deputy dean in 2002 and 2004 and has won the Yale Law Women teaching award three times. From 2008 to 2011, she was the Manley O. Hudson Professor of Law at Harvard Law School. Prior to coming to Yale, she taught at Columbia Law and before that, served as an attorney-advisor in the Treasury Department’s Office of Tax Legislative Counsel. Her books include; No Exit: What Parents Owe Children and What Society Owes Parents (Oxford University Press, 2004) and The Stakeholder Society (with Bruce Ackerman, Yale University Press, 1999). She holds an A.B., summa cum laude, in economics from Georgetown University and a J.D. from Yale Law School.