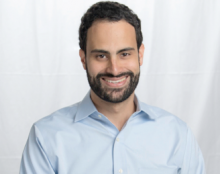 Daniel Hornung is a second-year student at Yale Law School. Before YLS, Daniel worked at the White House, including most recently as Special Assistant to President Obama and Senior Policy Advisor. In that role, he worked on a wide range of policy issues, including domestic and international climate and energy policy, conservation, economic policy and judicial nominations. Prior to that, he worked on economic and fiscal policy in the Office of Management and Budget.

A native of Chicago, Daniel in 2017 co-founded a summer employment and violence reduction program for 1000 Chicago Public School students on the city’s South and West sides.

At YLS, Daniel is a member of the Rule of Law Clinic, the Community and Economic Development Clinic and a board member of the Black Law Students Association.

Daniel graduated from Yale College in 2012, with a B.A. in Economics and Political Science.

At ISPS, he co-directs the Director’s Fellows program in domestic policy.