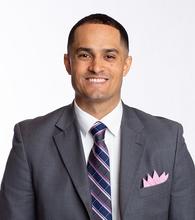 Demar Lewis is a PhD student in the Departments of Sociology and African American Studies at Yale. Broadly, Demar is interested in analyzing how communities that have experienced historical and contemporary forms of violence—as a consequence of structural racism and/or state-sanctioning—are associated with communities where trauma, crime, and social inequities are most resilient today. His research focuses on investigating the national phenomena of 19th and 20th Century U.S. lynchings and 21st Century fatal police-citizen encounters.