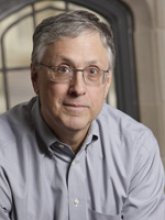 Tom R. Tyler is the Macklin Fleming Professor of Law and Professor of Psychology at Yale Law School. He is also a professor (by courtesy) at the Yale School of Management. He joined the Yale Law faculty in January 2012 as a professor of law and psychology. He was previously a University Professor at New York University, where he taught in both the psychology department and the law school. Prior to joining NYU in 1997, he taught at the University of California, Berkeley, and at Northwestern University. Professor Tyler’s research explores the role of justice in shaping people’s relationships with groups, organizations, communities, and societies. In particular, he examines the role of judgments about the justice or injustice of group procedures in shaping legitimacy, compliance, and cooperation. He is the author of several books, including Why People Cooperate (2011). He was awarded the Harry Kalven prize for “paradigm shifting scholarship in the study of law and society” by the Law and Society Association in 2000, and in 2012, was honored by the International Society for Justice Research with its Lifetime Achievement Award for innovative research on social justice. He holds a B.A. in psychology from Columbia and an M.A. and Ph.D. in social psychology from the University of California at Los Angeles.