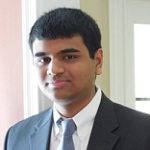 Pranav Bhandarkar is majoring in Ethics, Politics, & Economics. His interests include macroeconomic policy, the domestic effects of international political economy, energy and climate policy, and quantitative methodology in the social sciences. Pranav currently serves as Co-President of the Yale Roosevelt Institute, an undergraduate think tank that researches public policy issues of local, national, and international importance; is an Editor for The Politic and Yale Review of International Studies; and debates within the Yale Political Union. He also serves as a research assistant in political economy for the Yale Political Science Department and researched national security issues as a Policy Intern at the Center for American Progress last summer. 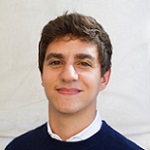 Zachary Cohen is studying History and Political Science. He is interested in issues of urban policy and the criminal justice system. On campus, Zach is an editor for The Politic and assists with communications for the Yale College Dean’s Office. He also volunteers with the Yale Refugee Project and leads hiking trips for incoming freshmen. Zach has spent his summers working as an investigator with the Legal Aid Society, interning for Congressman Eliot Engel, and organizing for a New York City mayoral campaign. 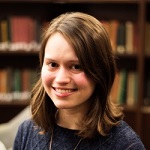 Sarah DiMagno is double-majoring in economics and political science. Her interests include welfare policy, Constitutional law, and the political economy of inequality. She has previously worked as a research intern for the ACLU of Nebraska in her hometown, Lincoln, and currently serves as the chair of the Yale ACLU. She is also a member of the Yale Debate Association and works as a Communication and Consent Educator for the Yale College Dean’s Office. In her free time, Sarah sings with a jazz and swing a cappella group and reads historical fiction. 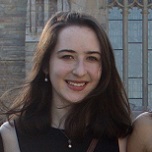 Hedy Gutfreund is a History major in the Class of 2018 with a particular interest the history of politics and law. She currently serves as co-president of the Reproductive Rights Action League at Yale and coordinates the Dwight Hall Urban Fellows program, which places Yale undergraduates at internships with New Haven city agencies or nonprofits. As an Urban Fellow, she works at the Connecticut Veterans Legal Center. In the past, she has interned for U.S. Senator Dick Durbin and at the American Civil Liberties Union of Illinois. 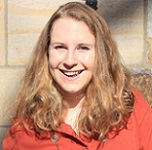 Hannah Hauptman is majoring in History with a focus on environmental history. Academically, she is interested in the ways that our conceptions of land use and resource allocation have been shaped by economic, cultural and historical factors. On the policy side, she studies a variety of issues in the intersecting areas of environmental, agricultural and energy policy. She is collaborating on a public history project analyzing the representation of the American West in high school textbooks. She works as a Farm Manager with the Yale Sustainable Food Program and was previously a Lazarus Summer Intern. She also coordinates the Yale Hunger and Homelessness Action Project’s keepSAFE program. In her free time, she’s out on the field with Yale Ramona, the women’s Ultimate Frisbee team. 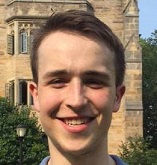 Will McGrew is studying Economics and Political Science with a focus on the intersection of gender equality, economic mobility, and international security. He is both a Director’s Fellow and Dahl Research Scholar at ISPS where he is researching the effects of gender segregation and regulation of women’s sexuality on female labor force participation and economic inequality. He has previously performed policy research and writing for Hillary for America, the Clinton Global Initiative, Planned Parenthood Louisiana, and former US Senator Mary Landrieu. Will is also a Fellows’ Assistant at the Jackson Institute for Global Affairs. 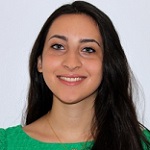 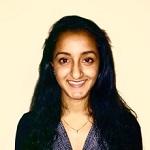 Priya Sundaresan is majoring in Ethics, Politics, and Economics with a concentration in criminal justice. She is from the San Francisco Bay Area, where she first became interested in public policy, working for numerous local, state, and federal government officials. Since coming to Yale, she has helped start Project Youth Court, a New Haven alternative sentencing program, and has spent a summer on Capitol Hill. In the future, she hopes to continue her work in criminal justice and public policy. 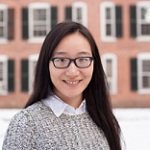 Lina Xing is majoring in Political Science. She is interested in social welfare and affordable housing policy in cities. Last summer, she interned for the Department of Housing Preservation and Development in New York City, working in Inclusionary Housing during the summer when Mayor de Blasio announced a new Mandatory Inclusionary Zoning policy. Her academic interests also include political theory and the intersection of policy and law. Lina Xing is a Women in Government 2015 Fellow.