Alan S. Gerber (Director) is Sterling Professor of Political Science, director of the Institution for Social and Policy Studies, and professor of economics and of and statistics and data science at Yale University. He also has affiliations in the Yale School of Public Health and the Jackson School of Global Affairs. Previously he was appointed the Faculty of Arts and Sciences divisional director for the social sciences and became the inaugural FAS dean of social science, serving in this role from 2014 to 2021. His current research focuses on the application of experimental methods to the study of campaign communications, and he has designed and performed experimental evaluations of many political communications programs, both partisan and non-partisan in nature.

Heather Gerken is the Dean and Sol & Lillian Goldman Professor of Law at Yale Law School. Dean Gerken is one of the country’s leading experts on constitutional law and election law. A founder of the “nationalist school” of federalism, her work focuses on federalism, diversity, and dissent. Her work on election reform has affected policy at a national level. At Yale, she founded and runs the country’s most innovative clinic in local government law, the San Francisco Affirmative Litigation Project (SFALP). Dean Gerken served as a senior advisor to the Obama campaign in 2008 and 2012. In 2013, her proposal for creating a “Democracy Index” – a national ranking of election systems — was adopted by the Pew Charitable Trusts, which created the nation’s first Election Performance Index.

Gregory Huber is Department Chair and the Forst Family Professor of Political Science at Yale University.  He is also a resident fellow of the Institution for Social and Policy Studies, the Director of the Center for the Study of American Politics, the Director of the ISPS Behavioral Research Lab, and an Associate Editor for the Quarterly Journal of Political Science. His research interests are in American Politics and Political Economy, including work on political institutions and behavior. He is motivated by a desire to understand how the interactions among the mass public and elites, political institutions, and policies explain important outcomes. He is centrally interested in how individuals think about the government, how these attitudes are shaped by government action and political campaigns, and how those beliefs in turn shape citizens’ political activities and government policy.

Joshua Kalla is Assistant Professor of Political Science at Yale University with a secondary appointment as Assistant Professor of Statistics and Data Science.  His research interests are in American Politics with a focus on how, when, and why people change their minds about political issues. He is primarily interested in the political consequences of prejudice and ways to reduce it as well as the nature, extent, and implications of electoral persuasion in American politics. His research relies heavily on field methods, particularly randomized field experiments in partnership with both non-partisan and partisan real-world political groups.

Hélène Landemore is Professor of Political Science with a specialization in political theory. Her research and teaching interests include democratic theory, political epistemology, theories of justice, the philosophy of social sciences (particularly economics), constitutional processes and theories, and workplace democracy. Hélène is the author of Hume (Presses Universitaires de France: 2004), a historical and philosophical investigation of David Hume’s theory of decision-making; Democratic Reason (Princeton University Press: 2013, Spitz prize 2015), an epistemic defense of democracy; Open Democracy (Princeton University Press 2020), a vision for a new kind, more open form of democracy based on non-electoral forms of representation, including representation based on random selection; and Debating Democracy (Oxford University Press 2021), with Jason Brennan, where she argues against her co-author that we need more rather than less democracy.

Adam Meirowitz is a Professor in the Political Science Department at Yale University. Prior to that he was the Kem C. Gardner Professor of Finance in the David Eccles School of Business at the University of Utah where he taught from 2015-2022. Before that he was the John Work Garrett Professor of Politics at Princeton University, where he taught between 2002 and 2015. Meirowitz’s research focuses on the application of game theory to the study of governance and collective decision-making. He has written on topics as diverse as arms sales and conflict, shareholder voting, political lobbying, the role of money and parties in politics, deliberation, delegation, learning in evolution and ecological systems, strategic voting in Congress and the existence of equilibria in large games. His paper, “Spatial Models of Delegation” (coauthored with Jonathan Bendor) received the 2005 Heinz Eulau Award for the best paper published in the American Political Science Review. Meirowitz was a recipient of the 2012 Social Choice and Welfare Prize, which is awarded every two years to the best scholar under the age of 40 working in the field of social choice theory or welfare economics. Meirowitz is currently engaged in theoretical work understanding the deep differences and commonalities between democratic voting institutions in political settings and democratic governance institutions in private organizations. One important feature that he is exploring is how connections between democratic choices and membership in the deliberative body impact incentives for the development of expertise and information sharing.

Rohini Pande is the Henry J. Heinz II Professor of Economics and Director of the Economic Growth Center, Yale University. She is a co-editor of American Economic Review: Insights.  Pande’s research is largely focused on how formal and informal institutions shape power relationships and patterns of economic and political advantage in society, particularly in developing countries. She is interested the role of public policy in providing the poor and disadvantaged political and economic power, and how notions of economic justice and human rights can help justify and enable such change.  Her most recent work focuses on testing innovative ways to make the state more accountable to its citizens, such as strengthening women’s economic and political opportunities, ensuring that environmental regulations reduce harmful emissions, and providing citizens effective means to voice their demand for state services.

Kenneth Scheve is the Dean Acheson Professor of Political Science and Global Affairs and the Faculty of Arts and Sciences dean of social science at Yale University. He is a political economist who broadly studies the domestic and international governance of modern capitalism. His research studies inequality and redistribution; the politics of globalization, the social and political consequences of long run economic change; and climate politics. Scheve is the author, with David Stasavage, of Taxing the Rich: A History of Fiscal Fairness in the United States and Europe, which examines the role of fairness concerns in the politics of progressive taxation from the early 19th century through contemporary debates.  He is also the author, with Matthew Slaughter, of Globalization and the Perceptions of American Workers, examining American public opinion about the liberalization of trade, immigration, and foreign direct investment policies.

Milan Svolik is Professor of Political Science at Yale University. His research and teaching focus on comparative politics, political economy, and formal political theory. Svolik has authored and co-authored articles on the politics of authoritarian regimes, democratization, and democratic backsliding.  In addition to continuing work on the politics of authoritarianism and democratization, Professor Svolik’s current research includes projects on democratic backsliding, support for democracy, and electoral manipulation. His latest book project examines why ordinary people support politicians who undermine democracy. 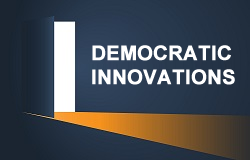 Conference on Voting and Governance

CSAP: Center for the Study of American Politics