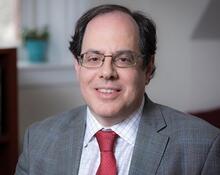 Alan Gerber is the Director of the Institution for Social and Policy Studies, Dean of the Social Science Division of the Faculty of Arts and Science, the Charles C. and Dorathea S. Dilley Professor of Political Science, Faculty in Residence at the Institution for Social and Policy Studies.  He is also co-director of the Center for the Study of American Politics at Yale University.  His current research focuses on the application of experimental methods to the study of campaign communications, and he has designed and performed experimental evaluations of many political communications programs, both partisan and non-partisan in nature.

He received his B.A. from Yale University in 1986 and his Ph.D. from Massachusetts Institute of Technology in 1994.