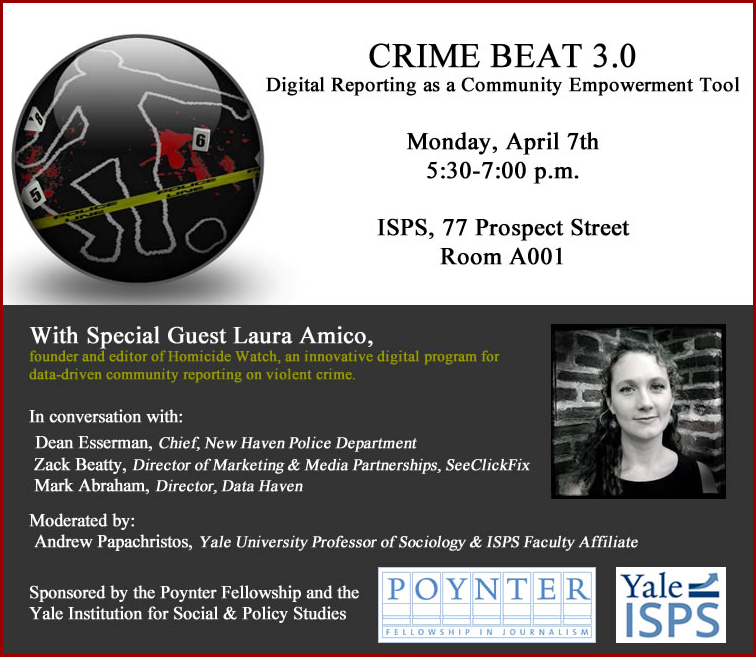 Laura Amico is a journalist and entrepreneur. In 2010 she launched Homicide Watch D.C., an innovative platform for data-driven coverage of violent crime. The platform is used by other news organizations including The Trentonian and Sun-Times, and she assists newsrooms with strategies for covering crime and criminal justice.

Amico was an inaugural Nieman-Berkman fellow in journalism innovation at Harvard during the 2012-2013 academic year.  She began her career as an education reporter at the Register-Pajaronian in Watsonville, Calif. Later, she joined the Press Democrat’s newsroom in Santa Rosa, Calif. as their crime reporter.