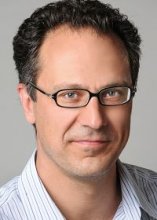 When Congress enacts command-and-control regulation, it chooses between implementation through litigation and courts, through bureaucracy, or through some combination in a hybrid regime. It also makes a choice about how specifically it will articulate substantive policy in the statute, versus how much policymaking discretion it will delegate to implementing agents. Little previous scholarship has recognized the possibility of a linkage between these two choices. Among the little that has, some scholars have assumed or theorized that substantive statutory specificity is unaffected by the choice between court and agencies. Others have theorized that the choices are linked, with delegation to courts associated with more vague laws in the context of policy controversy and conflict. This paper advances a theory that when legislators rely heavily on civil litigation for implementation, they focus more attention and effort on developing policy substance, and they legislate with greater substantive statutory specificity as compared to when they delegate to agencies. The paper argues that legislative coalitions do this because they are cognizant of institutional attributes of litigation and courts that make them more challenging to supervise during the future course of policy implementation, and that render them a less capable policymaking apparatus in some important respects. Empirical evidence is presented showing that when Congress relies heavily on civil litigation, it focuses more attention and effort on developing substantive policy in the legislative process, and it articulates substantive policy more specifically in the statute.

Sean Farhang’s research focuses mainly on civil litigation, the role of litigation and courts in regulatory implementation, and the causes and consequences of choices by Congress and the Supreme Court to mobilize or demobilize enforcement of law through litigation.