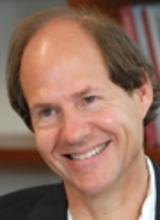 In recent years, there has been a great deal of debate about the ethical questions associated with “nudges,” understood as approaches that steer people in certain directions while maintaining their freedom of choice. Evidence about people’s views cannot resolve the ethical questions, but in democratic societies (and nondemocratic ones as well), those views will inevitably affect what public officials are willing to do. Existing evidence, including a nationally representative survey, supports six general conclusions. See link to paper for full abstract and text.

Cass R. Sunstein is currently a professor at Harvard, served as the administrator of the office of information and regulatory affairs in the Obama administration, has served as an informal advisor to many governments on behavioral questions, and has written many books, including Choosing not to Choose (2015).

This workshop is held jointly by the Yale departments of Political Science, Economics, Psychology, and School of Management, and sponsored by the Center for the Study of American Politics.