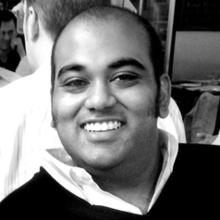 Abstract: The lack of support for greater redistributive government spending puzzles many political scientists, some of whom argue that support for spending is suppressed because citizens do not recognize many of the benefits they receive from government. In this line of argument, recent scholarship argues that citizens’ support for specific government programs in the United States is affected by the means through which benefits are delivered as well as distributional consequences of these policies. In this paper, we extend this literature in two ways. First, we directly examine differences in public support when separately manipulating information about distributional consequences and mode of government delivery. Second, we examine whether policy design has a “spillover” effect, changing broader demand for government activity. For these analyses, we conduct a novel survey experiment that manipulates the way in which benefits from two popular government programs are transferred to citizens before measuring preferences regarding the size and scope of government. (Joint work with Greg Huber)

Vivekinan L. Ashok is a Ph.D. candidate in Political Science at Yale University and a Graduate Student Fellow at the Institution for Social and Policy Studies (ISPS). Additionally, he serves as manager of the ISPS Behavioral Research Lab.

Vivek studies American politics, political economy, and methodology. His substantive research centers on understanding how citizens form preferences about economic policies, focusing on their demands for redistribution and government spending. Vivek also works on methodology, with interests in experimental design and analysis, causal inference, and applied statistics. His research has been supported by the Tobin Project and ISPS.

Vivek holds an A.B. in Economics and Political Science (Honors) from the University of Chicago, and an M.A. in Statistics from Yale. Prior to graduate school, he was an economic consultant at Analysis Group, Inc.