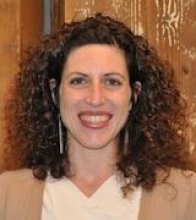 Abstract: For countries in which ethnic politics dominate, is it possible to reduce support for the ethnic status quo and increase support for multi-ethnic, programmatic politics? This study builds on research on the role of cross-cutting cleavages and inter-group contact to examine how political discussion—specifically discussion that cuts across ethnic and economic lines—affects support for ethnic politics. We organized 120 discussions with 720 individuals in Beirut, Lebanon, randomly assigning lower and upper income Sunni, Shia, and Christian participants to discussions in mixed (versus homogeneous) sectarian and economic class groups. We examine how discussing economic and political issues with individuals from similar or different social groups shapes support for sectarian policies and multi-sectarian collective action. This project was implemented in 2016 in the context of historic protests in Lebanon that created a window of opportunity for public discourse on the future of the dominance of sectarian politics in the country.

Laura Paler is an Assistant Professor in the political science department at the University of Pittsburgh. She is spending AY 2016-2017 as a fellow at the Niehaus Center at the Woodrow Wilson School at Princeton University. Laura’s research covers a wide range of subjects on the political economy of development. She has examined how different sources of revenue (natural resources, foreign aid, and taxes) affect political behavior; the determinants of post-conflict reintegration; and the role of economic interest in ethnically divided societies. Her empirical methods involve experiments, the collection of original survey and behavioral data, and extensive field research, most recently in Indonesia, Colombia, Lebanon, Uganda, and the Democratic Republic of the Congo. Laura received her Ph.D. from Columbia University in 2012.