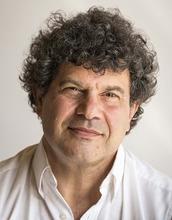 Abstract: People have some crazy opinions. Generally, these are the opinions that we disagree with. The standard view in both academia and the wider culture is that people have such opinions due to knowledge deficits; they are lacking information. On this view, providing information and critical reasoning skills is the best way to get opinions to converge, because they’ll converge to the truth. There is already strong reason to doubt this deficit model. I provide more in the form of evidence that knowledge is unrelated to attitudes about issues, including climate change. In contrast, a person’s ideology influences both their attitudes and their sense of understanding. A competitor to the deficit model, the cultural cognition view, explains the effect of ideology on attitudes, but does not address the sense of understanding. I follow the cultural cognition view in proposing that people outsource much of their reasoning to their communities; I add that it is the resulting sense of understanding that mediates their attitudes. The relevant reasoning is both causal (based on evidence) and deontic (based on protected values), a distinction people are rarely aware of despite its importance.

Steven Sloman is a Professor of Cognitive, Linguistic, and Psychological Sciences at Brown University where he has worked since 1992. He did his PhD in Psychology at Stanford University from 1986-1990 and then did post-doctoral research for two years at the University of Michigan. He is ex-Editor-in-Chief of the journal Cognition. Steven is a cognitive scientist who studies how people think. He has studied how our habits of thought influence the way we see the world, how the different systems that constitute thought interact to produce conclusions, conflict, and conversation, and how our construal of how the world works influences how we evaluate events and decide what actions to take. In 2005, he published the book Causal Models: How We Think About the World and Its Alternatives with Oxford University Press. His recent book with Phil Fernbach, The Knowledge Illusion: Why We Never Think Alone, came out in March, 2017.

It is open to the Yale community only.