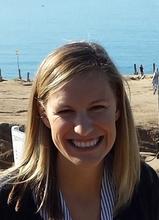 Abstract: We explore how self-assessments respond to feedback about own ability across a range of tasks, with a particular focus on how gender stereotypes impact belief updating. Participants in our experiments take tests of their ability across different domains. Absent feedback, beliefs of own ability are strongly influenced by gender stereotypes: holding own ability fixed, individuals are more confident in gender congruent domains. We then provide noisy feedback about own absolute performance to participants and elicit posterior beliefs. Gender stereotypes have significant predictive power for posterior beliefs, both through their influence on prior beliefs (as predicted by a Bayesian model) but also through their influence on updating (a non-Bayesian channel). Both men and women’s beliefs are more responsive to information in gender congruent domains than gender incongruent domains. This is primarily driven by differential reactions to exogenously-received good news about own ability: both men and women react more to good news when it arrives in a gender congruent domain than when it arrives in a gender incongruent domain. Our results have important implications for understanding how feedback shapes, and perpetuates, gender gaps in self-assessments.

Open to the Yale community only.