“The ‘Harvard Game’ in a Market Setting,” Drazen Prelec, MIT 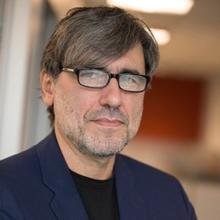 Abstract: A lifetime of consumption, that is, a personal consumption history is built up from a myriad of choices, some deliberate and some less so. This holds not only for purchases of goods and services, but also for daily investments of time into work, exercise, family life, or the solitary pleasures offered up the so-called social media. Is it reasonable to expect that moment-by-moment choices will maximize personal welfare? The ‘Harvard game,’ developed in the 1980s, provides a particularly clear negative answer, at least for individuals choosing on their own, in the lab, without any interaction or communication. I will review some recent experiments with the game, including results obtained when participants interact in three-person markets. This talk is based on joint work with Hazhir Rahmandad and Jerker Denrell.

Drazen Prelec has been a member of MIT since 1991, where he is now co-director of the Sloan Neuroeconomics Lab with faculty appointments in the Sloan School, the Economics Department, and the Department of Brain and Cognitive Sciences. He received his Ph. D in Experimental Psychology and AB in Applied Mathematics from Harvard University. He was a Junior Fellow in the Harvard Society of Fellows and Guggenheim Fellow. He has a methodological interest in ‘crowd wisdom’ (and lack thereof), and the limitations of rational models for human agency, especially in connection with non-causal motivation and self-signaling. He was pleased to learn that his article on self-signaling has been included in the forthcoming book: “21st Century Economics – Economic Ideas You Should Read and Remember,” edited by Frey and Schaltegger.

This workshop is cosponsored by the Center for the Study of American Politics (CSAP) and the Yale School of Management (SOM) with support from the Initiative for Leadership and Organization at SOM.