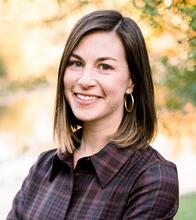 Abstract: The federal government routinely engages the private sector to conduct research and this research, in turn, often forms an evidence base for future policy decisions. Given its potential to influence the policymaking process, I argue that research production is a previously unappreciated tool in the president’s policy arsenal. Focusing on federally-funded research and using a dataset of federal procurement from 2001-2018, I explore whether government-funded research is subject to political manipulation by the executive. The results show that agencies that are high on the president’s policy agenda and those with a higher proportion of presidentially-appointed leaders are associated with larger research awards to contractors. This pattern is unique to research awards, and is not repeated in other contracting areas. The broad implication is that government agencies procure research to advance the president’s priorities.

Rachel Augustine Potter is an Assistant Professor of Politics at the University of Virginia. Her research interests include American political institutions, regulation, public policy, public administration, and the separation of powers. Her book, Bending the Rules: Procedural Politicking in the Bureaucracy (University of Chicago Press, 2019), explores how unelected bureaucrats leverage procedures in order to exercise influence in the policymaking process. Her research has appeared in the Journal of Politics, Journal of Law, Economics, & Organization, International Studies Quarterly, and Journal of Public Policy, among other journals.

Before becoming a political scientist, she worked for a number of governmental institutions, including the White House Office of Management and Budget, the U.S. Government Accountability Office, and the German Federal Ministry of the Interior. She holds degrees from the University of Michigan, the University of Southern California, and Boston College.

This virtual workshop is open to the Yale community only. To receive Zoom information, you must subscribe to the American Politics & Public Policy Workshop at this link: https://csap.yale.edu/american-politics-public-policy-workshop.