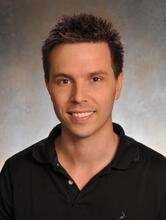 Abstract: Two parties compete in an election, and one of the parties holds an initial valence advantage. The parties diverge on a traditional ideological issue, but are also internally divided on a second issue dimension. We study how the incumbent party employs direct democracy on the second issue to improve its election prospects. When parties are polarized on the traditional issue, a popular party uses a referendum as an offensive tactic to divide its opponent’s core supporters, while an unpopular party uses a referendum to take the issue off the table. When parties are not very polarized on the traditional issue, an unpopular party gambles on a referendum to divide its opponent’s base. By contrast, a popular party calls a referendum in the hopes of resolving the second issue. This shifts the focus of the election away from policy conflicts and instead on valence, where the party expects an advantage.

This virtual workshop is open to the Yale community. To receive Zoom information, you must subscribe to the American & Comparative Political Behavior Workshop at this link: https://csap.yale.edu/american-comparative-political-behavior-workshop.