“The 2020 Election: The Pandemic and Politics,” Lynn Vavreck, UCLA 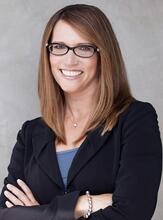 Abstract: The 2020 election was unlike any other in modern history. It included a global pandemic, an unpopular incumbent, and a campaign composed of “drive-in” rallies, super-spreader events, and social distancing. Nearly a month after the election, what can we say about what shaped the outcome? Using data from Nationscape, a joint project of The Democracy Fund and UCLA that completed more than 500,000 interviews in 2019-2020, I will show the way fundamental factors like party and the economy played their usual roles but also the way unexpected events like COVID and the social justice movement affected the outcome. One focus will be on the priorities of voters across party and over time, which we measure through a series of conjoint experiments with more than 5 million experimental iterations.

Lynn Vavreck is the Marvin Hoffenberg Professor of American Politics and Public Policy at UCLA, a contributing columnist to The Upshot at The New York Times, and a member of the American Academy of Arts and Sciences. She is a recipient of the Andrew F. Carnegie Prize in the Humanities and Social Sciences and the author of five books, including Identity Crisis: The 2016 Presidential Campaign and the Battle for the Meaning of America, named the “most ominous” book of 2018 by the Washington Post Book Review. Nate Silver dubbed her 2012 election book the “definitive account” of that election, and her book on messaging has been seen in the hands of more than a few presidential candidates and consultants. Her 2020 election project, NATIONSCAPE, is the largest study of presidential elections ever fielded in the United States. Interviewing more than 6,000 people a week, NATIONSCAPE will complete 500,000 interviews before the inauguration in 2021. At UCLA she teaches courses on campaigns, elections, public opinion, and the 1960s. Professor Vavreck holds a Ph.D. in political science from the University of Rochester and held previous appointments at Princeton University, Dartmouth College, and The White House. A native of Cleveland, Ohio, she remains a loyal Browns fan and is a “known equestrian” – to draw on a phrase from the 2012 presidential campaign.