“Are Police Racially Biased in the Decision to Shoot?” Tom Clark, Emory University 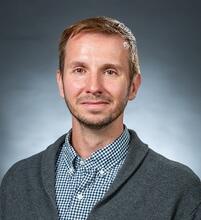 Abstract: We present a theoretical model predicting racially biased policing produces 1) more use of potentially lethal force by firearms against Black civilians than against White civilians and 2) lower fatality rates for Black civilians than White civilians. We empirically evaluate this second prediction with original officer-involved shooting data from nine local police jurisdictions from 2005 to 2017, finding that Black fatality rates are significantly lower than White fatality rates, conditional upon civilians being shot by the police. Using outcome test methodology, we estimate that at least 30\% of Black civilians shot by the police would not have been shot had they been White. We also show that an omitted covariate three times stronger than our strongest included covariate would only reduce this estimate to 18%. Additionally, such an omitted covariate would have to affect Black fatality rates and not Hispanic fatality rates in order to be consistent with the data.

Tom S. Clark is Charles Howard Candler Professor of Political Science and Editor of the Journal of Law & Courts. His research focuses on judicial politics, American political institutions, and policing. Prof. Clark’s research has been published in leading political science journals such as the American Political Science Review, the American Journal of Political Science, and the Journal of Politics. He has published three books, including The Supreme Court: An Analytic History of Constitutional Decision-Making. His first book, The Limits of Judicial Independence, was published in 2011 by Cambridge University Press and was awarded the William Riker Award for the best book on political economy from the Political Economy Section of the American Political Science Association. Prof. Clark received his BA (2003) from Rutgers University, and his MA (2005) and PhD (2008) in Politics from Princeton University. Clark also holds a courtesy appointment in the Emory School of Law. Professor Clark has provided expert witness and consulting services for constitutional litigation in the federal and state courts, including litigation before the U.S. Supreme Court.