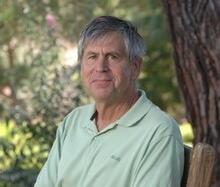 Abstract: Collective behavior can be notoriously hard to predict. In the CSS Workshop, I will present two recent studies that address the paradox of predictability: how predictability can decrease with signal strength and increase with noise. The first study revisits the famous “music lab” study of Salganik, Dodds, and Watts, which demonstrated the unpredictability of cultural winners. Using an online experiment, we extended their framework to the unpredictability of partisan polarization. Emergent positions adopted by Republicans and opposed by Democrats in one experimental “world” had the opposite outcome in other parallel worlds, and this unpredictability was greater the larger the partisan disagreement. Thus, what appear to be deep-rooted partisan divisions in our own world may have arisen through a tipping process that might easily have tipped the other way. The second study revisits Granovetter’s classic threshold explanation of the unpredictability of collective behavior. Collective behavior can unexpectedly fail, despite a group’s strong interest in the outcome, because of the sensitivity of cascades to small random perturbations in group composition and the distribution of thresholds. Paradoxically, we found that a small amount of randomness in individual behavior can make collective behavior less sensitive to these perturbations and therefore more predictable. We also examined conditions in which collective behavior unexpectedly succeeds despite the group’s weak interest in the outcome. In groups with an otherwise intractable start-up problem, individual randomness can lead to spontaneous instigation, making outcomes more sensitive to the strength of collective interests and therefore more predictable. Taken together, these studies remind us that randomness is often assumed to be a theoretically unimportant residual category, but our ﬁndings point to the need to bring individual idiosyncrasy back into the study of collective behavior.

Michael Macy is Goldwin Smith Professor of Arts and Sciences at Cornell and Director of the Social Dynamics Lab. His research team has used computational models, online laboratory experiments, and digital traces of device-mediated interaction to explore familiar but enigmatic social patterns, including tipping points in polarization, the unpredictability of collective behavior, the polarization of science, the effects of network topology on economic opportunity and the spread of complex contagions, circadian rhythms in writing and music, the willingness to “pay it forward,” the mesh of civilizations, segregation of neighborhoods, the emergence and collapse of fads, the spread of self-destructive behaviors, and the critical mass in collective action. His research has been published in leading journals, including Science, PNAS, Science Advances, Nature Human Behaviour, American Journal of Sociology, American Sociological Review, and Annual Review of Sociology.

This virtual workshop is open to the Yale community. To receive Zoom information, you must subscribe to the Computational Social Science Workshop. Please subscribe at this link: https://csap.yale.edu/computational-social-science-workshop.

This workshop is cosponsored by the Center for the Study of American Politics (CSAP) and the Yale School of Management (SOM) with support from the Initiative for Leadership and Organization at SOM.