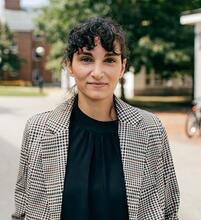 Abstract: Drawing on the social and political identities of constituents is an important form of symbolic representation. In the current era of heightened affective polarization, one particularly unique trend is how elites use identity to draw on outgroups –what I call negational representation– rather than ingroups. This chapter tests the first of the book’s hypotheses regarding why elites use a negational representational style in the context of partisanship. Do elites think voters reward negative partisanship? First, using a survey of local politicians, I show that elected officials who insult the other party are perceived to lose support among both undecided voters and core supporters. I then use a conjoint experiment to isolate the effect of out-party animus, in-party cheerleading, and ideological congruence on elites’ perceptions of electoral viability. I again find little support for the voter-driven hypothesis. Elites think that negative affective rhetoric about the out-party harms candidates’ electoral chances. Instead, talking about issues is perceived to be a better electoral strategy than talking about partisanship, and specifically, than attacking the other side. The findings have several important implications for theories of representation and generate puzzles for future research: if garnering support from voters does not drive this behavior, then what does?

Mia Costa is Assistant Professor of Government at Dartmouth College and currently a visiting scholar at Harvard University’s Center for American Political Studies. Her research focuses on representation and elite behavior, political psychology, and participation in American politics. She received her Ph.D. in Political Science from the University of Massachusetts Amherst.