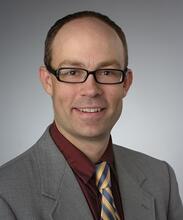 How do you communicate scholarship to the public? How to turn research into writing that informs policy? In this workshop, we will discuss when, how, and why you might want to communicate your academic work to a public audience. The session is being presented by Spencer Piston, Associate Professor, Political Science, Boston University. Professor Piston’s research examines the politics of oppression in the United States, focusing on race, class, public opinion, political behavior, elections, the welfare state, and the criminal justice system.

Spencer Piston is an Associate Professor of Political Science at Boston University. He received his PhD in 2014 from the University of Michigan. His research examines the politics of oppression in the United States, focusing on race, class, public opinion, political behavior, elections, the welfare state, and the criminal justice system.  He writes for the Monkey Cage, a Washington Post Politics Blog.

Piston is the author of Class Attitudes in America, which was published in 2018 by Cambridge University Press. His scholarship has also been published or accepted for publication in many leading social science journals, including The American Political Science Review, Du Bois Review, Electoral Studies, The Journal of Politics, The Journal of Public Policy, Journal of Race, Ethnicity, and Politics, Perspectives on Politics, Political Behavior, Political Communication, Political Psychology, Proceedings of the National Academy of Arts and Sciences, Public Opinion Quarterly, and Urban Affairs Review.

Piston has been named a Distinguished Junior Scholar by the Political Psychology Section of the American Political Science Association (APSA); he has also won awards from the Lesbian, Gay, Bisexual, and Transgender Caucus of APSA and the State Politics and Policy Section of APSA. His  scholarship has been funded by the Social Science Research Council, Time-Sharing Experiments in the Social Sciences, the Berkeley Initiative for Transparency in the Social Sciences, the Gerald R. Ford School of Public Policy at the University of Michigan, the Maxwell School’s Campbell Institute at Syracuse University, and the Initiative on Cities as well as the Institute for Health System Innovation & Policy at Boston University.

Registration is required. LINK TO REGISTER ON ZOOM

This is part of a series of workshops for ISPS-affiliated students and other Yale students who are interested in public policy.