“Reward or Shoot the Messenger? Experiments on How People Treat the Messenger After Receiving Good Or Bad News,” Alessandro Del Ponte, Yale 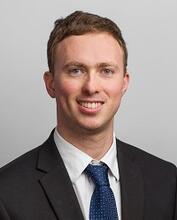 Abstract: Do people reward or shoot the messenger for bearing good or bad news? In two experiments (total N = 5,200; U.S.; MTurk), participants performed a task with real money on the line. Another participant – the messenger, who did not perform the task- informed them about the outcome. After the task, we measured participants’ attitudes toward their randomly assigned partner -the messenger or another participant. We also tested how altruistic and cooperative they were toward their partner, as well as whether they associated their partner with good luck. Specifically, participants rated their partner’s likability, generosity, niceness, and trustworthiness. Moreover, they played several games with their partner for money: a dictator game (altruism), a prisoner’s dilemma game (cooperation), and a spin-the-wheel game where they chose whether the computer or the partner spins a wheel of fortune on their behalf (good luck association). In both experiments, we find a reward-the-messenger and a shoot-the-messenger effect: messengers were rewarded for delivering good news and punished for bearing bad news. These effects largely persisted also when participants were informed that the messenger had no stake in the news. Finally, most participants refuted the proposition that a messenger should be rewarded or punished for the news they deliver but revealed that they expect to be rewarded or punished if they were the messenger. These findings illuminate a feature of human psychology with potential implications across social domains, from interpersonal relations to mass politics.

Alessandro Del Ponte is a Postdoctoral Associate at Yale University at the Center for the Study of American Politics in the Institution for Social and Policy Studies. Starting in the Fall, he will be an Assistant Professor in the Department of Political Science at the University of Alabama.

Before Yale, he was a Research Fellow at the Global Asia Institute at the National University of Singapore. He received a Ph.D. in Political Science from Stony Brook University. He earned an MPA from SUNY Albany as well as MSc and BSc degrees in economics from Bocconi University and the University of Genoa, in Italy, respectively. Prior to academia, he worked with Italy’s former Prime Minister Monti.

His work lies at the intersection of behavioral political economy and political psychology, with a focus on global crises of the environment, economy, and migration. His research has been published in journals across the social and environmental sciences such as the Journal of Politics, Political Psychology, Political Behavior, European Union Politics, Behavior Research Methods, Cognition, Environmental Pollution, and Scientific Reports among others and has been featured in popular outlets such as Psychology Today and the LSE European Politics & Policy blog.

This workshop is open to the Yale community only and will be held in a hybrid format. Current Yale faculty, students, and staff are encouraged to attend in person. Participants will also be able to attend remotely on Zoom. To receive announcements and invitations to attend, please subscribe at https://csap.yale.edu/american-politics-public-policy-workshop.