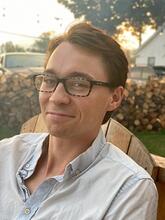 Abstract: Affluent American voters have depolarized. They used to vote for Republicans, but they are now swing voters—and in multiple elections since 2012, majorities of higher-income Americans have even voted for Democrats, the candidates far more likely than Republicans to enact redistributive economic policies in an era of rising inequality. But do these affluent Democratic voters truly want economic redistribution? Answering that question should help illuminate the effects that this new voting bloc might have on the Democratic Party’s economic policy agenda. I motivate this paper by showing that richer voters by various measures of affluence have increasingly chosen Democratic candidates over Republicans in recent decades. I then investigate multiple forms of evidence—including stated preference surveys, revealed choice ballot voting data, and elite policymaking behavior—to argue that a Democratic Party that wins increasing shares of affluent voters will face opposition within its own party coalition for increasingly redistributive taxation.

Sam Zacher is a PhD candidate at Yale University studying the political economy of economic inequality and the climate crisis, particularly within the contemporary Democratic Party.