“Policing as a Fragmented Gateway to Collective Repentance: Race, Inequality, and the Black Church in America,” Matthew Denney, Yale 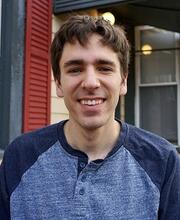 Abstract: In the wake of high-profile instances of racial violence, we have witnessed unprecedented mobilization in the United States since 2020. In the course of this mobilization, members of the Black Church have mobilized in large numbers and have spent considerable efforts in addressing injustice in policing. But other areas of enduring inequality—like housing and education—have been the target of far less mobilization. In this paper, I provide a framework for understanding these dynamics: the fragmented gateway to collective repentance. I argue that members of the Black Church widely share a vision of racial justice that can be captured with the concept of collective repentance: acknowledging histories of racial sins, stopping injustice, and seeking repair from the harms done. Racial violence has served as an entrance point to seeking collective repentance because it has provided visible images of injustice along with contestable targets, but there is a great deal of fragmentation and disagreement in moving from racial violence to collective repentance. The logic of collective repentance itself helps explain why other gateways have remained resistant to mobilization: historic processes have made inequalities less visible and the targets less tangible. At the same time, historic processes in the development of policing constrained the tools available in the realm of policing, and this has exacerbated the fragmentation that occurs as Black faith communities address policing. These communities experience this fragmentation in the form of divergence over what to do about policing and distraction as policing consumes energies not spent elsewhere.

Matthew Denney is a PhD candidate in Political Science at Yale University. He studies race and politics in the United States, with particular focus on policing and religion. His dissertation examines the response of Black faith communities to race, policing, and inequality in America. He has also written on the historical development of policing, the effects of college-in-prison, and COVID-19 in detention centers and prisons.