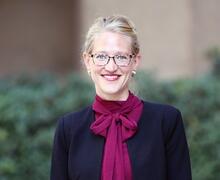 Abstract: This talk details the findings in one chapter of my book project, Money as Muscle in American Elections. The book examines the significance and impact of fundraising in congressional elections from 1980 to 2020. This chapter focuses on the relationship between resource disparities and the decision to drop out. I depart from the ballot to show that money shapes the course of campaigns well before the election. I draw on a dataset of 24,000 U.S. House candidates who were either voted on in the primary or raised money but were not on the ballot. Moving beyond the ballot reveals several patterns of candidate exit. First, those with prior political experience are more likely to drop out than inexperienced candidates. Experienced candidates are most likely to exit when they fail to make fundraising inroads. In addition, the relationship between early fundraising and dropout decisions has changed dramatically over time. Experienced candidates who struggle to raise money are far more likely to drop out today than in previous decades. Dropouts invite new questions about who counts as a candidate, and I conclude by demonstrating how systematic differences in measures of a “candidate” matter for our understanding of elections.

Danielle Thomsen is an associate professor of political science at the University of California, Irvine. Her research focuses on American politics, U.S. Congress, elections, and gender and politics. She is the author of Opting Out of Congress: Partisan Polarization and the Decline of Moderate Candidates (Cambridge University Press, 2017).