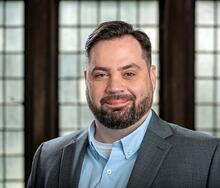 Abstract: Does motivated reasoning harm democratic accountability? Substantial evidence from political behavior research indicates that voters have “directional motives” beyond accuracy, which is often taken as evidence that they are ill-equipped to hold politicians accountable. We develop a model of electoral accountability with voters as motivated reasoners. Directional motives have two effects: (1) divergence – voters with different preferences hold different beliefs, and (2) desensitization – the relationship between incumbent performance and voter beliefs is weakened. While motivated reasoning does harm accountability, this is generally driven by desensitized voters rather than polarized partisans with politically motivated divergent beliefs. We also analyze the relationship between government performance and vote shares, showing that while motivated reasoning always weakens this relationship we cannot infer that accountability is also harmed. Finally, we show that our model can be mapped to standard models in which voters are fully Bayesian but have different preferences or information.

Ian Turner is an Assistant Professor of Political Science at Yale University, where he is also a Resident Fellow in the Institution of Social and Policy Studies and the Center for the Study of American Politics, and a Faculty Affiliate of the Leitner Program in International and Comparative Political Economy. Professor Turner has broad research interests in American political institutions, executive branch and bureaucratic politics, special interest politics, political economy, and applied game theory and formal modeling. His research has been published in leading academic journals such as the American Political Science Review, the American Journal of Political Science, the Journal of Politics, and the Journal of Law, Economics, & Organization. His teaching spans courses on American political institutions, bureaucratic politics, money in politics, game theory, and applied formal modeling.