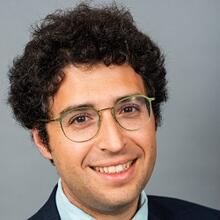 Abstract: Administrative agencies have undertaken an increasingly substantial role in policymaking. Yet the influence-seeking targeting these agencies remains poorly understood. We argue lawyers play an outsized role in regulatory policymaking, and what they do in this domain is best understood as lobbying. Their activity as lawyer-lobbyists differs markedly from litigating, facilitating transactions, and other tasks typically associated with legal practice. Focusing on the case of financial regulation following Dodd-Frank, we present many stylized facts from this domain that likely generalize to other regulatory policy areas: (1) attorneys at directly regulated entities and law firms dominate the rulemaking process, especially in meetings that occur before notice-and-comment, (2) white-shoe law firms effectively substitute for trade associations at these meetings, (3) law firms and partners that are active in lobbying regulators may register as lobbyists rarely or in the distant past, (4) the number of non-registered regulatory advocates working on the implementation of a statute may exceed 110 percent of the registered lobbying population working on that law; (5) the estimated expenditure on “regulatory advocacy” by one class of directly regulated entities ranges from $264 million to over $1 billion per year. Put in context, those numbers are between five and twenty times the aggregate reported lobbying expenditure of the same category of directly regulated entity in 2019 ($55 M). Our approach untethers the definition of lobbying from legislative delegation, opens a window into neglected domains of politics and reveals understudied forms of political inequality.

Brian Libgober is an Assistant Professor of Political Science and Law at Northwestern University, and a Faculty Fellow at the Institute for Policy Research. He is also a Senior Research Scholar at Yale Law School. Brian’s research focuses on the political economy of American institutions, with a special emphasis on the making of regulations by executive agencies. Thematically, he is interested in the relationship between economic inequality, interest group power, and the design of legal institutions. Methodologically, his work combines a variety of approaches, including formal models, quantitative empirics, and case studies. Previously, Brian was an Assistant Professor at the University of California, San Diego and a postdoctoral fellow in Political Science at Yale.