A new study by Caroline Hoxby and Christopher Avery on the consequences of income inequality for college attendance confirms what many Americans already fear: colleges are not the engines of social and economic mobility we need them to be. Postsecondary institutions cannot create opportunities for students to "get ahead" if their admission and enrollment practices simply reproduce existing inequalities between families. But the policies and research aimed at reducing those inequalities have overlooked some of the critical differences between the most advantaged and the least advantaged families.

This idea raises questions for progressive analysts accustomed to thinking that the reproduction of advantage from one generation to the next is a threat to social mobility. But a measure of our openness as a nation should be whether some of the advantages acquired by mobile individuals are in fact passed down to their children. From this view, similarities in status between parents and children are not necessarily a signal of limited mobility pathways for children; they also evaluate how mobile the parents actually have been. 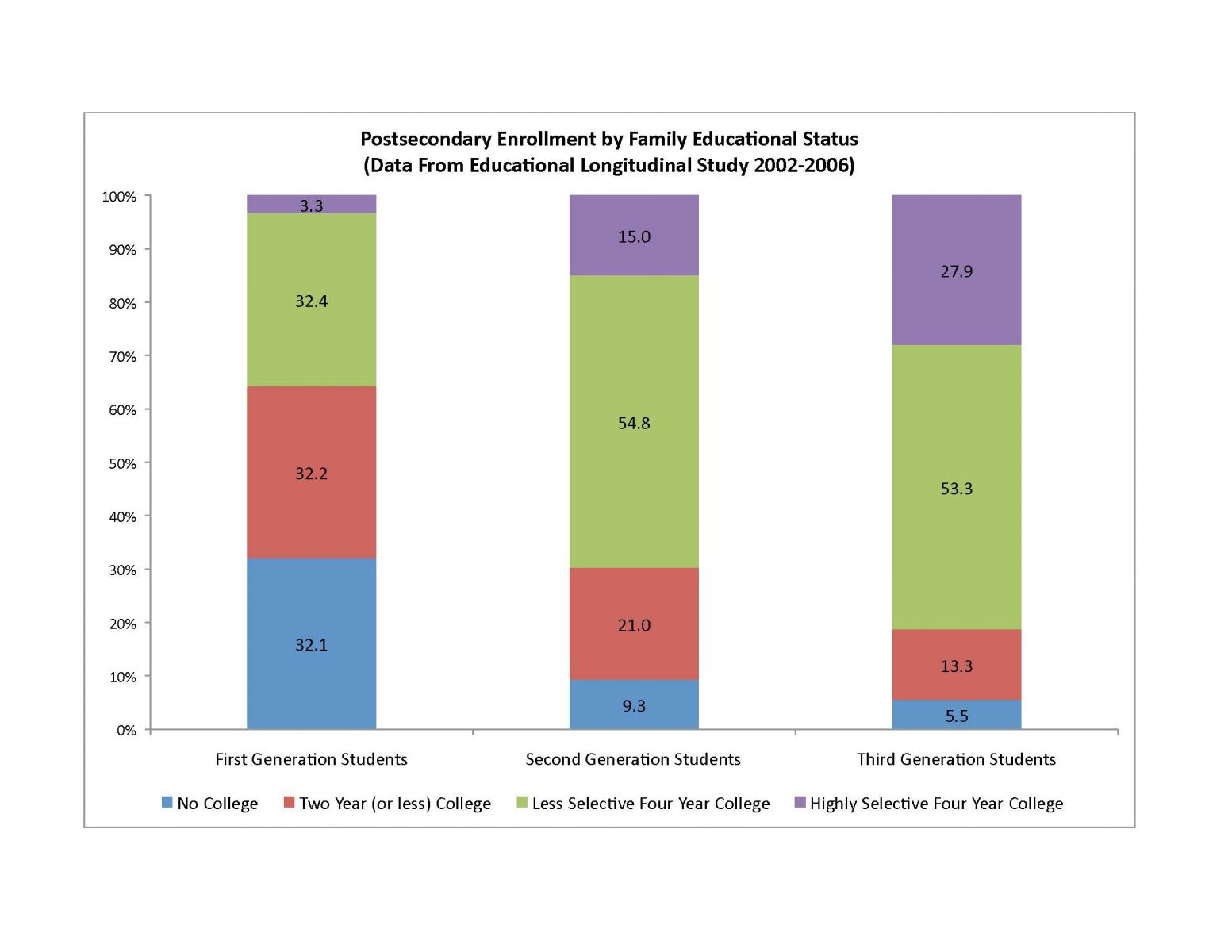 One possible explanation for these contrasts may be that parents who were the first in their families to go to college and college-educated parents who followed in their own parents' educational footsteps have different guidance to share with their children about how to prepare for higher education. I am currently examining whether these differences impact students' postsecondary options by affecting the sources of information about college that they turn to, how often they discuss college with their parents, and their preferences for specific college characteristics.

Preserving higher education as an engine of social mobility requires reducing the effect of family background on college attendance. But in doing so, we must be careful to distinguish privileges that have extended across multiple generations from the resources acquired by parents who achieved upward educational mobility by going to college. Ignoring these differences could worsen inequalities in schooling for future generations, not eliminate them.