Time to Clean Up State Elections 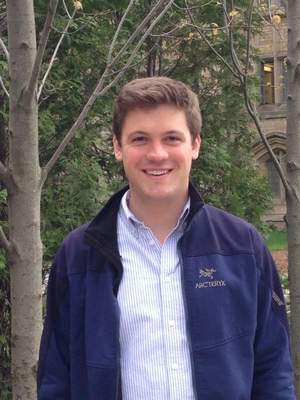 Following Monday’s ISPS conference, “Purchasing Power: Money, Politics, and Inequality,” Raph Graybill, ISPS Affiliated Fellow, reflects on the role of money in the context of state politics, specifically his home state of Montana. He warns that the negative consequences of the campaign finance arms race in federal elections could also hurt good government at the local level.

U.S. Sen. Max Baucus isn’t running for office again, and I can’t imagine why the Montana Democrat would ever want to.

Running for public office in modern America is a painful, grueling and ugly process.

As newly-elected Senator Chris Murphy, D-Conn., said at a conference this week, “The first question for prospective candidates is, ‘Are you willing to be a telemarketer for the next 24 months of your life?’”

Candidates for federal office spend four to six hours on the phone “dialing for dollars” —calling wealthy donors asking for thousand-dollar donations —nearly every day in the years leading up to an election. The reason: With the immense growth in campaign spending and the growing influence of outside spending groups, candidates can’t afford not to be raising money. If they don’t, they’ll be outgunned, their voice drowned out in the deluge of political advertising that money buys.

This is the campaign finance arms race. Raise money to keep up, or risk falling behind as outside groups fill the political vacuum. The arms race mentality has infected federal politics, and if dark money groups have their way here in Montana, it may soon characterize our state politics as well.

While all this is very exciting for political junkies and the media outlets selling advertising time, its negative effects on the creation of public policy are profound. Sen. Murphy, who recently went through a bruising election battle himself, argued that the campaign finance arms race in federal elections hurts good government in at least three distinct ways.

First, the arms race impacts the quality of candidates running for office. The immense need to raise money drives good candidates away from the process, and the skills associated with effective fundraising are not necessarily the same skills needed for leadership in government.

Second, the arms race affects the way public officials allocate their time. The hours that candidates spend pleading for contributions are hours that they don’t spend meeting with a wider set of constituents. It goes without saying that would-be donors have a different set of concerns than whole districts.

Third, the arms race affects the overall tenor of political debate. Loud, partisan posturing raises more money from base voters than pronouncements of moderation and cooperation. The cumulative effect is a national political system whose participants must divide against themselves in order to survive.

But, for now, this isn’t the campaign that your state representative will run. For him or her, a free hour is still better spent knocking on doors and meeting voters like us than raising thousands of dollars over the phone.

That might all change if we leave the spigot open for dark money groups to spend freely —and secretly —in our elections. With dark money unchecked, candidates will have to raise more to keep up, and the arms race mentality will infect our state politics.

There is a way out. During the session, Gov. Steve Bullock, a Democrat, and state Sen. Jim Peterson, a Republican, teamed up to propose a bill that would force dark money groups to disclose their activities in Montana elections.

If passed, this proposal would have taken the first step toward heading off the arms race: making sure that everyone plays by the same rules, and that cheaters get caught. It’s a first step that we have to take, and it is within our reach.

A minority of legislators blocked the Bullock-Peterson proposal, but the reform majority isn’t going away. We need to demand action because the growing pressure of campaign money isn’t going away either.

I’d like to believe that the political disagreements we have in Montana are motivated by sincere differences of belief, not fundraising gimmicks. Unless we want politics in Helena to look like politics in Washington, we have to stem the influence of dark money and the political arms race that follows it.

Raph Graybill is a Great Falls native, Rhodes Scholar and longtime political campaign worker and is studying for a law degree at Yale Law School.

This was originally posted on greatfallstribune.com and is reposted with permission.

Note: This article gives the views of the author, and not the position of the Lux et Data blog, nor of ISPS.