The Senate and the Nuclear Option

They did it!  The Senate’s ruling Democrats pulled the plug on minority obstruction—at least on judicial nominations below the Supreme Court level and on executive nominations.

This is a big deal.  How should we think about it? 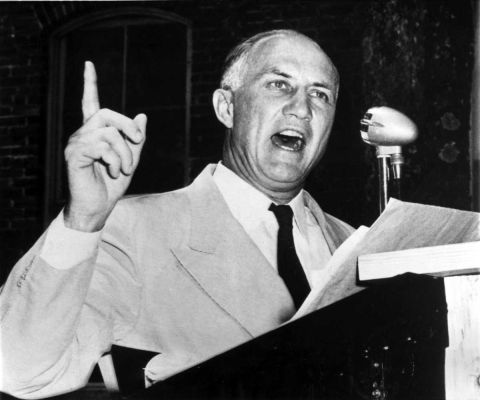 Well, for one thing, nothing has ever prevented the Senate from acting by majority rule if most of its members really wanted to do that.  In the past, the chamber has sometimes guaranteed majority rule through formal rules changes enacted in regular fashion—as in the insulation of budgets from obstruction via the “reconciliation” process.  On other occasions, a member majority backed up by the chamber’s presiding officer has “creatively interpreted” existent rules to nudge toward majoritarianism.

The term “nuclear option” is fairly new, but it maps onto an old sporadic history in which chamber majorities have staged on-the-spot coups, so to speak, empowering the majority of the day in disregard of existing procedural constraints.  This week, we have seen “the nuclear option” as well as an immediate follow-up formal rules change.  In the past, the former has not necessarily entailed the latter, and the latter has not necessarily entailed the former.

Why did Harry Reid’s senators do this?  Well, to take it broadly, there was a buildup of exasperation.  Senate clog-up had reached a peak.  There was a quarter-century climb to that peak.

For the bulk of U.S. history, the Senate by today’s lights was a surprisingly majoritarian institution.  Aside from civil rights, and a major aside that was, where a go-to-the-wall minority, the segregationist South, faced a lukewarm North, Senate minorities for the most part before the 1980s couldn’t and didn’t kill big things.  Certainly they didn’t do that routinely or automatically.  In the 1960s, for example, no one supposed that the enactment politics of Medicare had anything to do with real or potential Senate filibusters.  As late as 1991, Clarence Thomas reached the Supreme Court on 58 votes, not 60.  But starting in the late 1980s, the filibuster 60-vote “pivot,” as it is called, hardened and hardened.  The two Bushes, Clinton, and Obama have had some of their major legislative initiatives accordingly blocked or trimmed.  On the judicial front, George W. Bush ran into blockades of his district and circuit nominees as has Obama.  Executive nominations have increasingly foundered.

But why exactly this Harry Reid coup at exactly this time?  That is an interesting question.   The younger Democratic senators were principled and feisty on the matter.  The old-bull Democrats, in the face of growing polarization, had come to care less about cross-the-aisles reciprocity.  Also, the new rules reform, as crafted, is sort of under-the-radar.  It could be done without raising a lot of alarm.  It isn’t hinged to any front-page confrontation over a Supreme Court nominee or a White House legislative drive.  On the other hand, the reform gives the Democrats at least something to pat themselves on the back for in what is by any standard a bad political month.

Certainly, there is risk:  A Republican government down the road will find it easier to stage procedural coups, too, and to profit from this one.  But the Democrats might have figured that a foreseeable Republican government would be coup-prone anyway, which is plausible.   There is another angle.  Given sour polls and a stubborn House, it probably makes sense for the Democrats to take refuge in the courts and agencies for the next three years.  The D.C. circuit court is important in its own right.   Senate Democrats will control nominations of all sorts for one more year and possibly three.  Greasing the executive nominations will assist the party’s regulatory aims, for which policies can be helped along by administrative orders as opposed to legislative enactments.

Is this the end of the Senate filibuster, period?  Stay tuned.  As crafted, the new rules don’t touch legislating or Supreme Court nominees.  Possibly the 60-vote pivot can stay in place for legislating, at least for a while.  I can see a principled difference for an anti-obstruction carve-out regarding nominations.  The executive agencies really do need to get staffed.  Maybe that argument works for the judges, too, although the in-box life for judges may have less urgency.  But legislating, for the most part, is its own kind of sphere.  Both slowness and a wariness of quick, easy majority rule have a basis in political theory.

For these reasons and others, perhaps supermajoritarianism will keep its cachet among the senators wearing their lawmaking hats.  But I would guess that the exemption of Supreme Court nominations from majority rule will come tumbling down real quick.  This exemption smells of politics and public relations rather than principle.