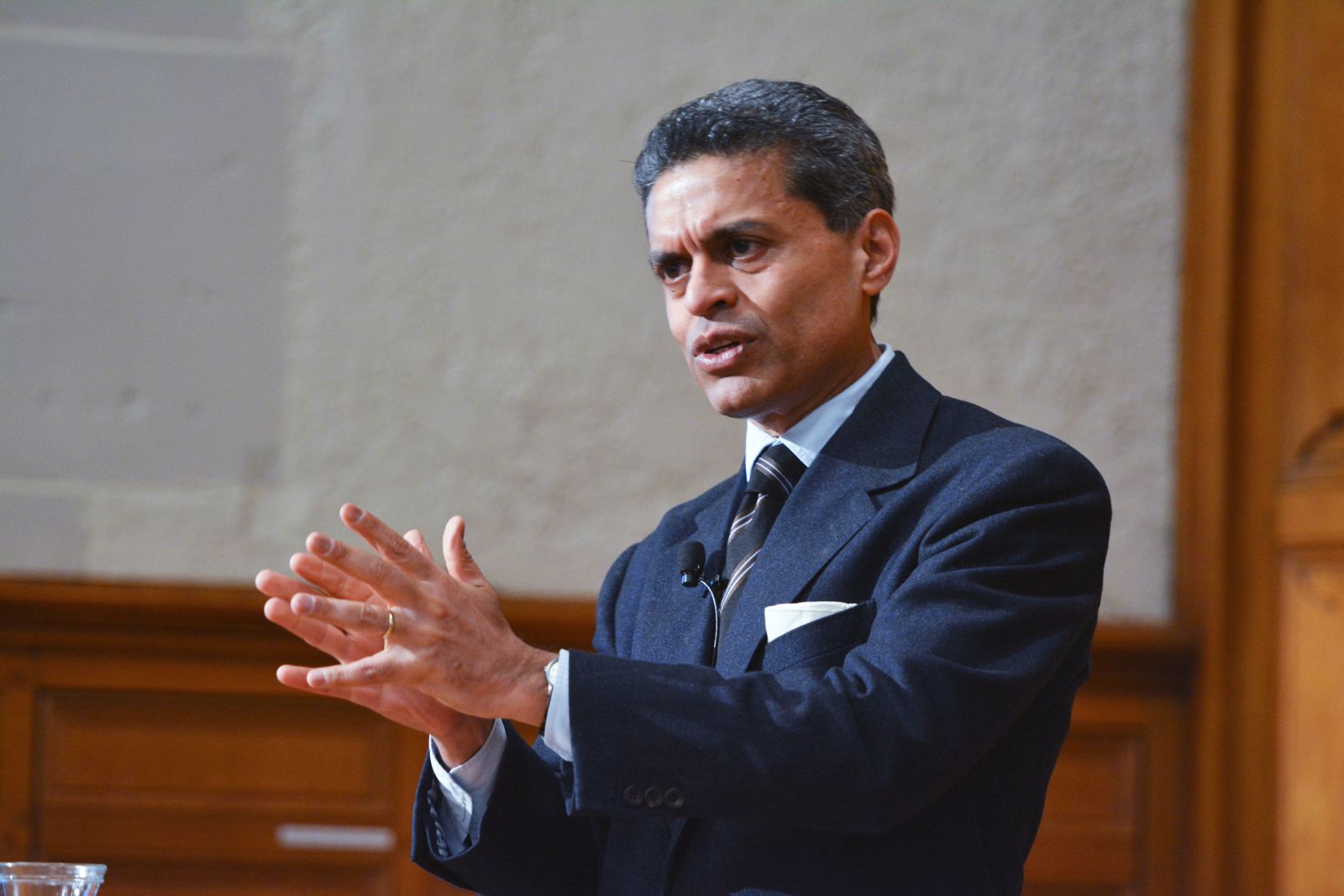 To a packed Levinson Auditorium at the Yale Law School, journalist Fareed Zakaria ‘86, host of CNN’s foreign affairs show “GPS” gave a talk yesterday entitled, “Is the American Dream Dead?” Zakaria spoke about the prevailing economic anxiety in the U.S. and the forces, mainly globalization and technology, that are influencing the future of the American workforce and contributing to median wage stagnation. To address the labor market issues of the unemployed, he favors a government and business partnership in job retraining for adults because, “No one should expect to have the same job for the rest of their life.”

On global issues, along with the technological changes that have inspired political change in much of the world, he spoke broadly on the growth of Africa and Asia, and on the international crisis in Syria. He gave personal insights into being an immigrant from India and what the American Dream looked like from afar, before arriving at Yale. “Our collective myth is the American dream because we don’t have a national ethnic group.” He ended on an optimistic note, stressing that the United States is the leader in innovation.

The event was sponsored by the Center for the Study of American Politics (CSAP); and Mr. Zakaria was introduced by the director of CSAP, Professor Alan Gerber.