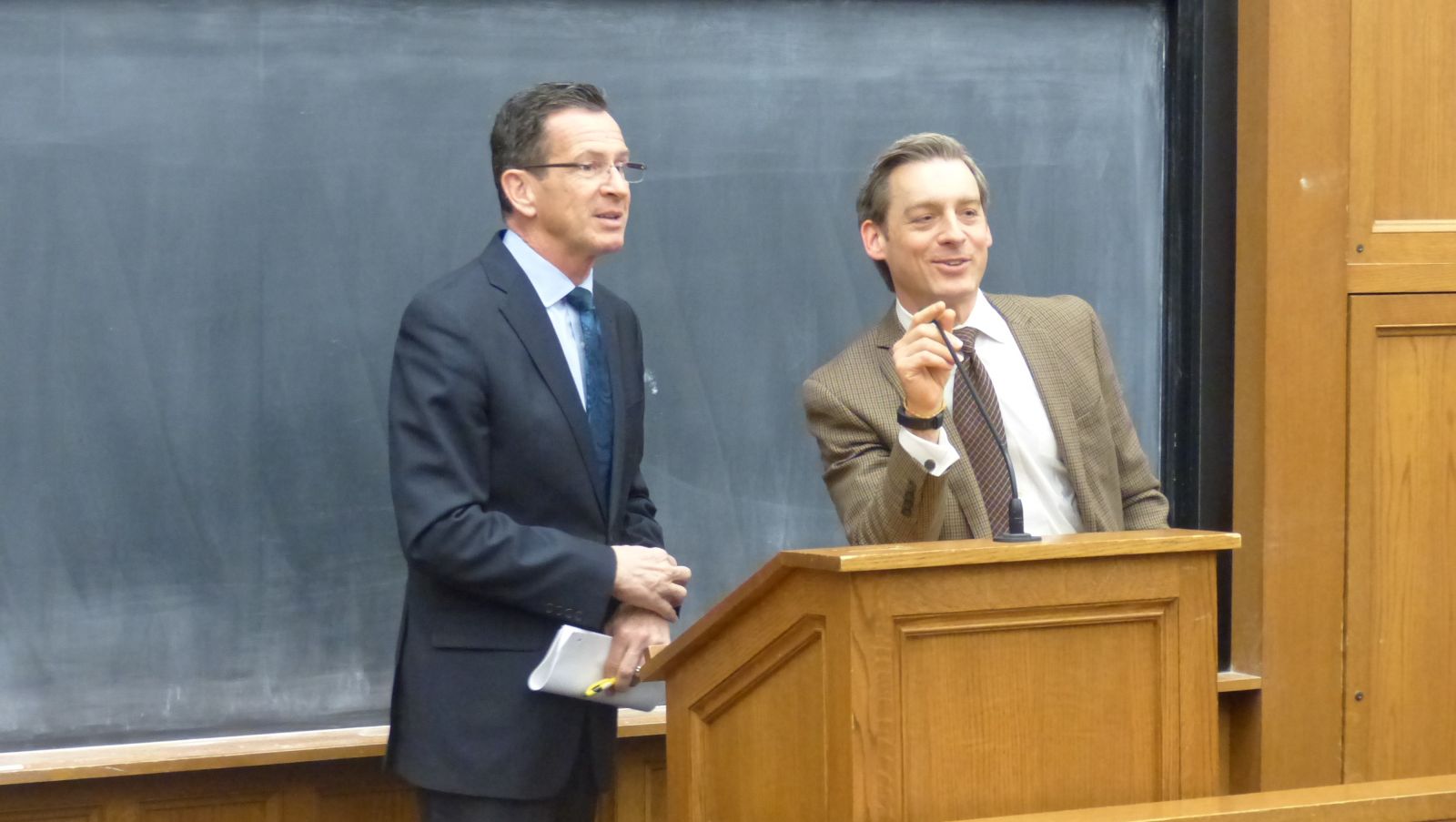 Focusing on “getting criminal justice right,” Connecticut Governor Dannel Malloy announced the “Second Chance Society” Initiative, a new effort to create significant changes to the State’s sentencing, parole, and pardoning process. The announcement was made yesterday at Yale Law School at an event co-sponsored by ISPS, American Constitution Society and Yale Law Democrats.

The Initiative hopes to expand upon the current trend in Connecticut, which shows a drop in the State’s crime rates and incarceration rates—urban homicides are down 42% in the state and, since 2010, the prison population has dropped 10.4%.  The Governor recalled that at one point the Connecticut prison population was so large that the State had to pay other states to house its prisoners.

The Governor said his initiative is focused on nonviolent offenders and that he will be asking the legislature to reduce all drug possession crimes to misdemeanors. “Punishment for nonviolent offences shouldn’t last a lifetime,” he said, and pointed out that nonviolent offenders often suffer from substance addiction or mental illness. At the price of $45,000 per prisoner a year, he noted the potential savings to taxpayers if the State were no longer required to house nonviolent offenders. For society at large, he said, “We need to break the cycle of crime and poverty that risks being handed down from generation to generation.”

The Governor also seeks to create a program that helps house and employ former prisoners, and provide them with mental health services, in order to reduce recidivism. He said his office has pledged to end veteran homelessness in Connecticut this year and homelessness in the general State population by 2016.

Governor Malloy was introduced by the Director of the Institution for Social and Policy Studies (ISPS), Jacob Hacker, who said, “One of the aspects of ISPS I value most is the collaboration between legal experts and social scientists, particularly on criminal justice issues.” Professors from ISPS and Yale Law School met with Governor Malloy, his staff, and state and city law officers last month to provide the most recent social science research on criminal justice. “I am grateful that many of those experts are here,” said Professor Hacker, “and I am hopeful for continued exchange with the governor’s office on this vital issue.”

Media coverage from The New Haven Register, The Hartford Courant, and The Wall Street Journal.