Gerber Named Director of the Institution for Social and Policy Studies 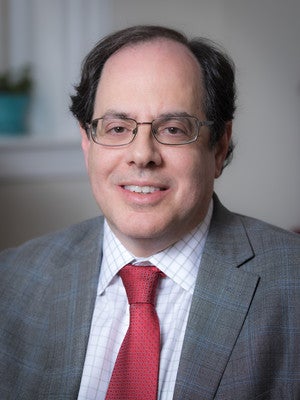 Yale political scientist Alan Gerber has been named the next director of the Institution for Social and Policy Studies (ISPS), Provost Scott Strobel announced on Feb. 26. Gerber’s appointment will start July 1, pending formal approval by the Yale Corporation.

Gerber, the Charles C. and Dorathea S. Dilley Professor of Political Science, has been a faculty member in residence at ISPS for most of the past two decades and also currently is director of the Center for the Study of American Politics in ISPS. He will continue to serve as dean of the Social Science Division of the Faculty of Arts and Sciences (FAS).

“Alan is a noted scholar of American politics and an excellent university citizen,” said Strobel, adding that during his service as divisional dean in 2014, Gerber has remained active as a scholar and teacher. During that time, he has published over 20 papers and an award-winning book, “Unhealthy Politics: The Battle over Evidence-Based Medicine” (with Princeton University Press), and was elected a fellow of the Society for Political Methodology. Over his career, Gerber has authored or edited five books and numerous articles. His current research focuses on how evidence is used in decision-making and public policy and on applying experimental and other statistical methods to study political behavior. He is a member of the American Academy of Arts and Sciences and the American Academy of Political and Social Sciences.

ISPS advances interdisciplinary research in the social sciences that aims to further understanding about important social problems and shape public policy. Its network includes scholars and students from many departments in the Faculty of Arts and Sciences and from Yale’s graduate and professional schools, as well as experts from other institutions. This community of students and scholars produces both basic and applied research and seeks to stimulate reasoned public debate that drives disciplinary and interdisciplinary research agendas and aids in the formulation of policy at the state and national level.

Strobel thanked outgoing ISPS director Jacob Hacker, the Stanley B. Resor Professor of Political Science, for his “outstanding service” over the past nine years. A noted scholar of American politics with a record of shaping public policy through his work, Hacker developed the Policy Lab at ISPS, launched centers for the study of health policy and inequality, and strengthened the institution’s engagement with Yale College and the Graduate School through new policy-oriented fellows programs.

“I am delighted to hand the reins to Alan, a distinguished scholar and dedicated academic leader who comes to ISPS with years of experience as an integral member of its community,” said Hacker. “I am certain he will sustain and enrich ISPS’s mission to problem-oriented social science, the shaping of public policy, and the training of the next generation of engaged scholars and public leaders.”