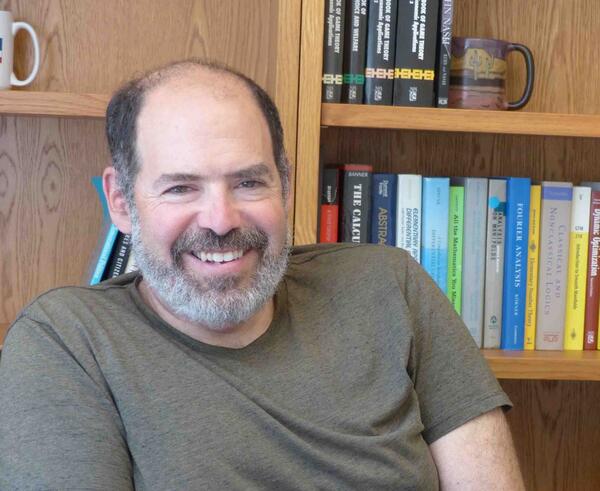 The tool of game theory deploys mathematics to describe sometimes complicated interactions among agents — in politics, economics, and international relations. But Adam Meirowitz can also describe his work in this field with simple terms.

Within these frameworks, Meirowitz and his colleagues have studied governance and collective decision-making across topics as diverse as arm sales and war, shareholder voting, political lobbying, the role of money and parties in politics, and strategic voting in Congress.

ISPS and the Department of Political Science recruited Meirowitz, formerly the Kem C. Gardner Professor of Finance in the David Eccles School of Business at the University of Utah, to help launch Democratic Innovations, ISPS’s new program focused on understanding how democracy works and when it fails to achieve its potential. Before moving to Utah, he was the John Work Garrett Professor of Politics at Princeton University.

We recently spoke with Meirowitz about joining ISPS this fall and his work for Democratic Innovations in understanding the deep differences and commonalities between democratic voting institutions in political settings and democratic governance institutions in private organizations.

ISPS: Why is game theory a useful way to examine political decisions? Can this knowledge be practically applied to improving governance and collective decision-making?

Adam Meirowitz: Political problems are often the ones for which we have this strategic dependence. Decisions depend on what you’re going to do and what I’m going to do. The goal is to understand how features of the political landscape affect outcomes, such as the likelihood that politicians in office share the interests of their voters. This knowledge can then inform policy proposals or potential reforms to the system.

ISPS: What’s an example of how you could apply theoretical findings to the real world?

AM: Let’s say Congress proposes imposing term limits on its members. Maybe I think that’s going to work out great. But what is the calculus? How might politicians, donors, and voters behave differently when they live in a world with term limits? Before imposing a sweeping new policy, we need to determine how different participants will react to this change. Sometimes the obvious thought process isn’t what turns out to happen.

ISPS: Why is that? What’s going on?

AM: Because changing the rules of a game affects how participants behave. Let’s say the country decides to get rid of the Electoral College for selecting presidents. Someone might look back at previous elections and say that the candidates who won the popular vote would have always won their elections. But if the rules change, people behave differently. Candidates could deploy their resources differently and campaign more heavily in the most populated states, for example. Unless you do the counter-factual analysis, we don’t know what the impact would have been or what it would be going forward without the Electoral College.

ISPS: So how would you study something like that? Clearly, we have not eliminated the Electoral College or implemented congressional term limits.

AM: That’s right. We usually can’t observe all the things we need to observe to reach reliable findings in politics. We don’t have the authority to go out and change the system. We can’t control all the things we want to control to run an experiment. We need help. Game theory provides that help. If we can get at the underlying features of a setting or an institution, then we can prune down the data we need to look at and learn something fundamental about how people in these competitive systems operate.

ISPS: You and your colleagues recently published a paper showing how corporate shareholders are incentivized by self interest in many if not most cases to sometimes vote against the company’s interest and profit off a stock trade. How does your work on corporate governance help get at some of these fundamental dynamics found in other domains?

AM: One reason is that in corporate structures, it can be easier to find clear differences, such as between publicly traded and private companies. And when regulations change, they are usually imposed by the government — a force outside of the institutions we are studying. I have found that governance in the business world might be a better laboratory to understand governing behavior than by studying states or nation-states.

ISPS: Why is that?

ISPS: But there are lessons that game theory can teach us about countries, correct? I’m thinking of a 2014 paper in which you and your co-authors found that moral hazard, rather than making war more likely, may be the driving factor for deterring potential aggressors and minimizing the risk of conflict. [Moral hazard is a situation in which one party gets involved in a risky event knowing that it is protected against the risk and the other party will incur the cost.]

AM: Yes, we moved beyond other work by considering that potential aggressors might be deterred by the anticipated increased aggressiveness of an alliance partner, and this can lead to less conflict. In a more recent series of papers, a different group of coauthors and I look at how expectations of third party mediation and aid/intervention influence militarization decisions and the overall risk of conflict onset .

ISPS: How does that work?

AM: Like any player in a game, countries need to make decisions based on other players. When considering self-defense, countries need to decide how much to invest in military capacity while considering variables such as negotiations between a potential rival, perhaps an insurgent group within their borders, and third-party interventions. So, when the United States, as a third party, pledges to support a country that is being threatened by a neighbor, this affects how that threatened country behaves. It’s like, if I know that you have my back, I can perhaps behave more aggressively or take more risks. You can see this playing out, for example, with the United States’ policy toward Taiwan and China. Game theory shows how when we promise to do certain things, we may embolden allies to ask for too much or maybe say no to things we want them to accept. We can learn what it takes to be an effective mediator.

ISPS: How did you become interested in game theory?

AM: When I was an undergraduate student at the University of Rochester, I had the fortune (or misfortune) to be at a place that was a (if not the) major center of game theoretic research as applied to politics. Something about this way of thinking spoke to me. I woke up as a sophomore and saw the world was operating under the principles being discussed in class, and I really enjoyed theory.

ISPS: What drew you to Yale and ISPS? What are you hoping to accomplish here?

AM: I’ve really liked Connecticut for most of my existence, having grown up on the other side of New York City. But I never lived here. The faculty is interesting and operates under a supportive culture. And the Ph.D. program is strong, with great potential for producing students who will have impact on the discipline of game theory in political science. What happened to me at Rochester can happen in my classroom at Yale.

ISPS: Why should people outside of university classrooms care about this work?

AM: We are exploring how our political system and government work and where it can be improved.  The potential value of game theoretic and quantitative research is shockingly broad. I would argue that the task of evaluating how institutions shape governance is a project that dates to our country’s founding. In The Federalist Papers, Alexander Hamilton, John Jay, and James Madison argued how the U.S. Constitution should be designed, how the branches should interact. None of that was mathematical, but the concerns that came out of those debates mirror the concerns political game theorists are interested in. How can voters constrain politicians from doing bad things? What can prompt politicians to respect their voters’ interests? This is the necessary work of maintaining and strengthening our democracy.