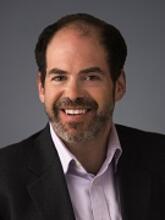 Adam Meirowitz is a Professor in the Political Science Department at Yale University. Prior to that he was the Kem C. Gardner Professor of Finance in the David Eccles School of Business at the University of Utah where he taught from 2015-2022. Before that he was the John Work Garrett Professor of Politics at Princeton University, where he taught between 2002 and 2015. Meirowitz’s research focuses on the application of game theory to the study of governance and collective decision-making. He has written on topics as diverse as arms sales and conflict, shareholder voting, political lobbying, the role of money and parties in politics, deliberation, delegation, learning in evolution and ecological systems, strategic voting in Congress and the existence of equilibria in large games. His paper, “Spatial Models of Delegation” (coauthored with Jonathan Bendor) received the 2005 Heinz Eulau Award for the best paper published in the American Political Science Review. Meirowitz was a recipient of the 2012 Social Choice and Welfare Prize, which is awarded every two years to the best scholar under the age of 40 working in the field of social choice theory or welfare economics. Meirowitz is currently engaged in theoretical work understanding the deep differences and commonalities between democratic voting institutions in political settings and democratic governance institutions in private organizations. One important feature that he is exploring is how connections between democratic choices and membership in the deliberative body impact incentives for the development of expertise and information sharing.