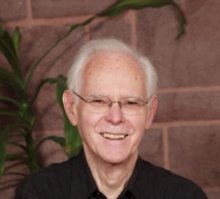 David Mayhew is Sterling Professor Emeritus of Political Science. He has been an American Political Science Association Congressional Fellow, a Guggenheim Fellow, a Hoover National Fellow, a Sherman Fairchild Fellow at the California Institute of Technology, a Fellow at the Center for Advanced Study in the Behavioral Sciences, a member of the American Political Science Association National Council, a member of the board of overseers of the National Election Studies of the Center for Political Studies and is a Fellow of the American Academy of Arts and Sciences and a member of the American Philosophical Society and the National Academy of Sciences. In 2000-2001, he was John M. Olin Visiting Professor in American Government at Nuffield College, Oxford. His research concerns U.S. legislative behavior, U.S. political parties, and U.S. policymaking. Publications include: The Imprint of Congress; Party Loyalty Among Congressmen; Congress: The Electoral Connection; Placing Parties in American Politics; Divided We Govern; America’s Congress: Actions in the Public Sphere, James Madison through Newt Gingrich; Realignments: A Critique of an American Genre; Parties  and Policies: How the American Government Works; and Partisan Balance:  Why Political Parties Don’t Kill the U.S. Constitutional System.

NEW: The Selected Works of David Mayhew (An online comprehensive compilation of his research)