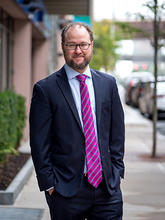 Mr. Wilkinson served as Connecticut’s Chief Performance Officer, a cabinet level role in which he set up interagency data sharing and performance management systems to build a more effective government.  In a previous role, as head of the White House Office of Social Innovation under President Obama, he led efforts in favor of results-driven government and the use of data and data science for the public good. As part of this effort, Wilkinson succeeded in increasing funds for data-oriented programs and he supported a bipartisan coalition in the Senate and House that passed legislation promoting evidence and outcomes-based policies.  He also previously served as Connecticut Commissioner of Early Childhood and used evidence-based methods to successfully shift existing funds toward their best use.  His results-driven innovation efforts at the Office of Early Childhood were recognized by the New York Times, the Aspen Institute and the Center for American Progress. Wilkinson, earned a J.D. from Yale Law School. He is affiliated with the Yale Child Studies Center and is a fellow at Yale’s Institution for Social Policy Studies (ISPS).