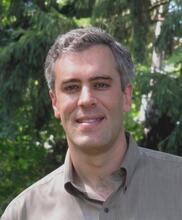 Title
Professor of Anthropology and Faculty Director of the Program in Russian, East European, and Eurasian Studies

Douglas Rogers is Professor of Anthropology and Faculty Director of the Program in Russian, East European, and Eurasian Studies at Yale University. His research and teaching interests in political and economic anthropology; natural resources (especially oil) and energy; corporations; the anthropology of religion and ethics; historical anthropology; and socialist societies and their postsocialist trajectories. His archival and ethnographic research in Russia has led to two award-winning books: The Old Faith and the Russian Land: A Historical Ethnography of Ethics in the Urals (Cornell, 2009) and The Depths of Russia: Oil, Power, and Culture After Socialism (Cornell, 2015).

Rogers is currently working on two projects. The first, Eating Oil: Energy and Life in and after the Cold War, is about the history and present-day reverberations of petroleum science in the Soviet Union, the United States, and Europe, including oil-into-food (“petroprotein”) programs; oil- and methane-eating bacteria; hydrocarbon  microbiology and biotechnology more broadly; and debates about oil’s biogenic and/or abiogenic origins. The second is a study of the history, theory, and practice of the Russian and Soviet corporation.