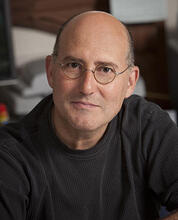 Professor Kaplan’s research has been reported on the front pages of the New York Times and the Jerusalem Post,  editorialized in the Wall Street Journal, recognized by the New York Times Magazine’s Year in Ideas, and discussed in many other major media outlets. The author of more than 125 research articles, Professor Kaplan received both the Lanchester Prize and the Edelman Award, two top honors in the operations research field, among many other awards. An elected member of both the National Academy of Engineering and the National Academy of Medicine of the US National Academies, he has also twice received the prestigious Lady Davis Visiting Professorship at the Hebrew University of Jerusalem, where he has investigated AIDS policy issues facing the State of Israel. Kaplan’s current research focuses on the application of operations research to problems in counterterrorism and homeland security.

In 2014, he was elected to the presidency of the Institute for Operations Research and the Management Sciences (INFORMS), the world’s largest society of operations research and analytics academics and professionals.  He will serve as President-Elect in 2015, President in 2016, and Past-President in 2017.