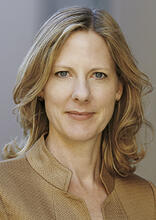 Heather Gerken is the dean and Sol & Lillian Goldman Professor of Law at Yale Law School and one of the country’s leading experts on constitutional law and election law. A founder of the “nationalist school” of federalism, her work focuses on federalism, diversity, and dissent. Hailed as an “intellectual guru” in The New York Times, Gerken is a member of the American Academy of Arts and Sciences whose scholarship has been featured in Harvard Law Review, the Yale Law Journal, the Stanford Law Review as well as numerous popular publications. Her work on election reform has affected policy at a national level. At Yale, she founded and runs the country’s most innovative clinic in local government law, the San Francisco Affirmative Litigation Project (SFALP). Gerken is also a renowned teacher who has won awards at both Yale and Harvard. She was named one of the nation’s “twenty-six best law teachers” in a book published by the Harvard University Press. A native of Massachusetts, Gerken graduated from Princeton University, where she received her A.B. degree, summa cum laude in 1991. A Darrow Scholar, she graduated from the University of Michigan Law School summa cum laude in 1994. Gerken currently serves as a trustee for Princeton University.