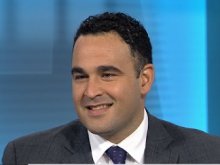 Author, consultant, former advisor to three U.S. presidential administrations, and assistant professor, Kevin A. Sabet, Ph.D., has researched and implemented drug policy for more than 20 years. In 2011 he stepped down as senior advisor in President Obama’s drug policy office, having been the only drug policy staffer to have ever served as a political appointee in a Democrat and Republican administration. He has been featured in virtually every major media publication and news channel on the subject of drug policy and in 2013 published his first book, Reefer Sanity: Seven Great Myths About Marijuana (Beaufort). He is the co-editor of Marijuana and Contemporary Health Issues, published by Oxford University Press, and dozens of publications.

He is the co-founder, with former Congressman Patrick J. Kennedy, and President of SAM (Smart Approaches to Marijuana), the only national organization with a staff in Washington DC working exclusively on smart marijuana policy issues. He is also the Director of the Drug Policy Institute at the University of Florida, and the author of numerous monographs and peer-reviewed journal articles. He has a doctorate from Oxford University and a B.A. from the University of California, Berkeley.