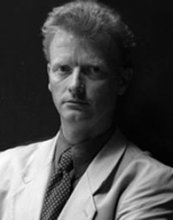 Philip Smith is responsible for a dozen books and over sixty articles and chapters. Most recently he is co-author of Incivility: The Rude Stranger in Everyday Life (Cambridge 2010). He is also author of Why War? The Cultural Logic of Iraq, the Gulf War and Suez (Chicago, 2005), Punishment and Culture (Chicago, 2008). His textbook Cultural Theory: An Introduction (Blackwell 2001) has been translated into several languages and is now available in a second edition.