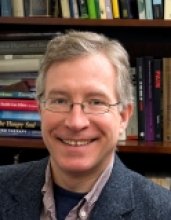 Stephen R. Latham became Director of the Yale Interdisciplinary Center for Bioethics in 2011, having been Deputy Director since 2008.  For the previous nine years, he had been Professor of Law and Director of the Center for Health Law & Policy at Quinnipiac University School of Law; during that time, he also taught business ethics at the Yale School of Management each year. Before entering academia full-time, Latham served as Director of Ethics Standards at the American Medical Association, and as secretary to its Council on Ethical and Judicial Affairs. His research deals broadly with the intersections of bioethics with law. At Yale, he teaches a mix of undergraduate, graduate, MBA and medical courses on law-and-bioethics, comparative bioethics, business ethics and law, and responsible conduct of research. In the past, he has taught health law and ethics-related courses at the law schools of Northwestern University, the University of Chicago, UC Berkeley, and Harvard, and to college students at Brown.