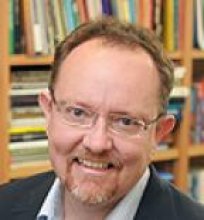 Steven Wilkinson is Nilekani Professor of India and South Asian Studies, professor of political science and international affairs, Henry R. Luce Director of the Whitney and Betty MacMillan Center for International and Area Studies, and vice provost for global strategy. He has worked on political conflict in India, and his first book on that topic, “Votes and Violence,” won the 2005 Woodrow Wilson Award for the best book on politics, government and international affairs. He is also interested in corruption in politics and co-edited the book “Patrons, Clients or Politics: Patterns of Political Accountability and Competition” with Herbert Kitschelt. His most recent book is “Army and Nation,” which came out in January 2015 and examines India’s success in managing the imbalanced colonial army it inherited in 1947. An elected member of the American Academy of Arts and Sciences, he is currently working with Saumitra Jha on a book on war and political change and with Sushant Singh on a new book on India’s changing defense structure. He earned his Ph.D. in political science from Massachusetts Institute of Technology, an A.M. in history from Duke University, and a B.A. in history from the University of Edinburgh.