“Ideological Conflict and Attitudes Toward Immigrants in the United States and Canada,” Anja Kilibarda, Columbia University 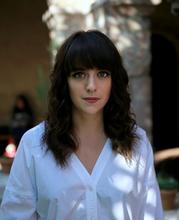 Abstract: Large-scale immigration to western countries in recent decades has spurred an extensive literature examining the factors that make native-born citizens more or less likely to accept newcomers. Building on the cultural and economic threat literatures examining how immigrants’ individual characteristics shape natives’ opinions about them, this paper evaluates how immigrants’ political attitudes may matter. Specifically, it asks: how does an immigrant agreeing or disagreeing with a native-born citizen about politics affect the citizen’s attitude toward that immigrant? The fact that “ideological screening tests” for immigrants have been proposed by both the current U.S. president and several Canadian political leaders suggests that the question is not only of abstract concern in the two countries, both of which receive among the greatest number of immigrants in the world. The results from survey-based conjoint experiments in the United States and Canada demonstrate that attitudinal conflict between citizens and immigrants predicts negativity toward immigrants to a greater extent than other ascriptive characteristics typically found to generate anti-immigrant sentiment. Moreover, despite conservatives’ reputation for intolerance, people across the political spectrum are equally willing to express negative attitudes towards immigrants who disagree with them about politics.

Anja Kilibarda is a Ph.D. candidate in political science at Columbia University. Her work focuses on the political psychology of intergroup attitudes, with a particular view to interethnic attitudes and attitudes toward immigrants. She holds a B.A. (Hons.) from the University of Toronto and an M.Sc. in political science from the Université de Montréal. Her work is supported by the Doctoral Fellowship of the Social Sciences and Humanities Research Council of Canada. She is an affiliate of Stanford University’s Immigration Policy Lab and Laval University’s Chair in the Teaching of Digital Social Sciences.