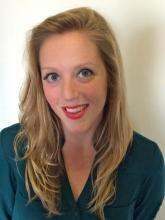 Difference-in-differences analyses with complimentary natural and quasi-experimental samples yield causal evidence that Universal Pre-K transforms parent preferences: one semester with non-means tested public preschool generates expectations of greater government responsibility for childcare among parents whose children win a seat. Views among peers who purchase private preschool for UPK-eligible children also adapt with life. Relatively well-resourced parents in this group are distinctly supportive of publicly provided childcare options in September, then become markedly less so after months invested in individual solutions for their own.

In theory and actuality, partial public investment in preschool entitlements inspires very different politics along the financial dimension of childcare responsibility. Parents with children in preschool — private and public programs similarly — become more likely over a semester to believe childcare costs should be covered by government. As anticipated, the remaining eligible parents with access to neither a public nor private seat are unmoved by the school calendar.

Affirming positive policy experiences can be politically meaningful in an age of ideological polarization and government distrust, my study bridges the policy feedback literature’s rich foundations with recent research mostly focused on the Affordable Care Act, and emergent concern over (non)findings. In doing so, I reveal the oddity of wholly-private responsibility for childcare to be critical in the reproduction of gender, race, and class disparities in the United States. Above all, my findings establish universal preschool as a partial remedy with transformative potential — for American democracy as much as educational equity and our economic vitality.

Sophie Jacobson (PhD 2021) is an Inequality in America Initiative Postdoctoral Research Fellow at Harvard University. She studies the political causes and consequences of American inequality in comparative context and through a policy-focused lens. Sophie’s more specific substantive interests focus upon institutional ways in which gender, race, and class structure the American political economy, and in turn, differentiate experiences of democratic citizenship in the United States today. SophieJacobson@FAS.Harvard.edu