May 6 Event on Purchasing Power: Money, Politics and Inequality

About 75 participants gathered at the Greenberg Center on Yale's campus yesterday to talk about Purchasing Power: Money, Politics and Inequality. Guests invited to the day-long conference included academics, think tanks and clean-elections advocacy groups, and journalists. 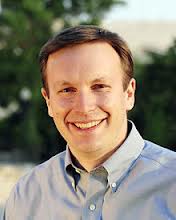 The Honorable Chris Murphy, United States Senator for Connecticut, opened the conference with remarks on his personal experience running for the United States senate and his views on the influence of money in politics.

Lawrence Lessig, the Roy L. Furman Professor of Law and Leadership at Harvard Law School and Director of the Edmund J. Safra Center for Ethics, gave the keynote speech.

The first panel focused on the 2012 elections. The 2012 U.S. Election was the most expensive ever, with over $6 billion spent to influence races, and more than $1.3 billion of that total coming from outside sources. How much did money matter? This panel addressed this question by briefly tracing the history of campaign spending, highlighting the role of outside groups in the 2012 election, and discussing the impact of spending at multiple levels – the Presidential race, Congressional and Senate races, and in state legislatures. Panelists included Sheila Krumholz of the Center for Responsive Politics, Erika Franklin-Fowler of the Wesleyan Media Project, Wesleyan University, Paul Ryan of the Campaign Legal Center, and Michael Malbin of the Campaign Finance Institute. The panel was moderated by Ezra Klein of the Washington Post.

After the keynote address by Lessig, the second panel addressed money, inequality and American governance. Our political system is one in which those who have money have power. Lobbyists representing well-funded interests influence the political process and, indirectly, the preferences of policymakers and political institutions tend to align with the interests of upper- and middle-class Americans. The panel discussed how this system affects both the policy-making process and policy options, including the consequences for addressing rising inequality. Panelists included Nick Carnes of Duke University, David Primo of the University of Rochester, Kay Schlozman of Boston College, and Lee Drutman from the Sunlight Foundation. The panel was moderated by Elspeth Revere of the MacArthur Foundation.

To round out the day's discussions, the last panel focused on moving forward on this issue. Panelists reflected on the major takeaways about the scope of the problem and possible responses, where there needs to be more knowledge about the impact of money on the U.S. political system and its policy consequences, what a useful research agenda would look like, and how ISPS could play a role in advancing that agenda. ISPS Director, Jacob Hacker, facilitated this panel which included Reihan Salam from The Daily and The National Review, Archon Fung of the Harvard Kennedy School, and Ian Simmons of the Fund for the Republic.